The Dance Faculty consists of Master teachers with international reputations and specialized expertise in areas of study covering the various aspects of the dance disciplines. 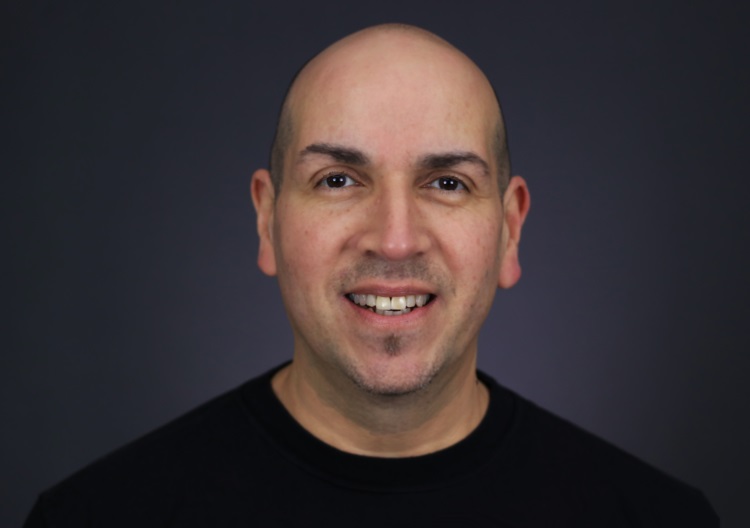 (Jazz, Modern, Dance History, Yoga, and Physical Reintegration) - is an alumnus of the Glendale College Dance Department. He received his BFA in Dance at CSULB and his MA from the Florida State University. He was a member of the Gloria Newman Dance Company and has worked with Bella Lewitzki, Long Beach Ballet, and the Francisco Martinez Dance Theater. 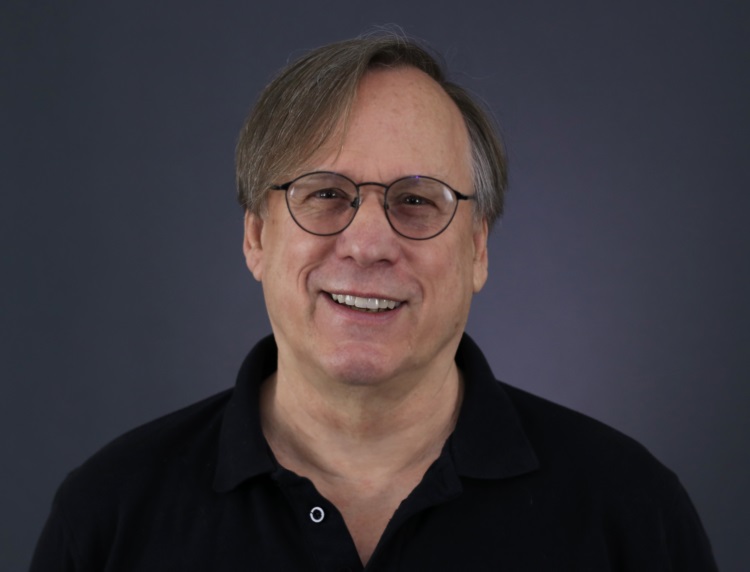 (Dance Production, Dance History) has an MA in Dance Education from CSULB and has has performed and choreographed for American and European television and film. He was also choreographer for the Marseille Opera for two years. Lynn has choreographed and danced on many of the renowned stages of Europe and the United 5tates. He was given the "Distinguished Faculty Award", in 1990, by the Academic Senate, Associated Student Body, the City of Los Angeles, and the Glendale Chamber of Commerce. Lynn is Past President of the CFT Guild, and of the GCC Academic Senate and served as Dance Department chairperson from 1994-2008.
(To Visit Mr. McMurrey's Home Page Click Here) 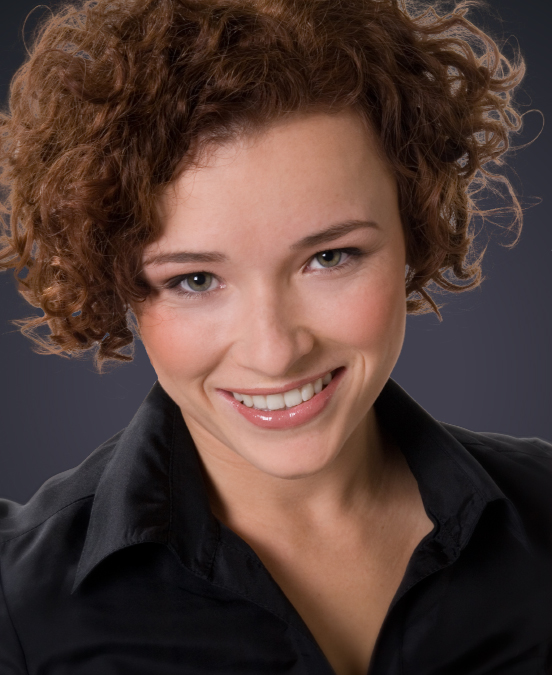 (Jazz) Chelsea Asman earned her BFA in dance performance from Chapman University and is a graduate of the MFA in dance program at University of California, Irvine.  As a graduate student, Chelsea had the privilege of working as the teaching assistant for Donald McKayle’s Etude Ensemble as well as teaching courses in jazz, modern and social dance.  She currently teaches Yoga at California State University Dominquez Hills and is a teaching artist for The Gabriella Foundation.  Chelsea has also taught at Loyola Marymount University and Fullerton College. Her performance credits include Los Angeles based dance companies such as: Diavolo Dance Theatre’s education company, Invertigo Dance Theatre, Multiplex Dance, Kairos Dance Company, Jess Harper and Dancers and Jay Bartley.  Chelsea also enjoys choreographing dances of her own and has shown work throughout Los Angeles including L.A. and MixMatch dance festivals.  In 2013 Chelsea co-founded the Contemporary Modern Dance Collective (CMDC) and was the committee chair until 2016.  In addition to her dance training, Chelsea is a certified personal trainer, which inspired her thesis research exploring how to incorporate muscular strengthening and cardiorespiratory conditioning into a collegiate level modern dance technique class. 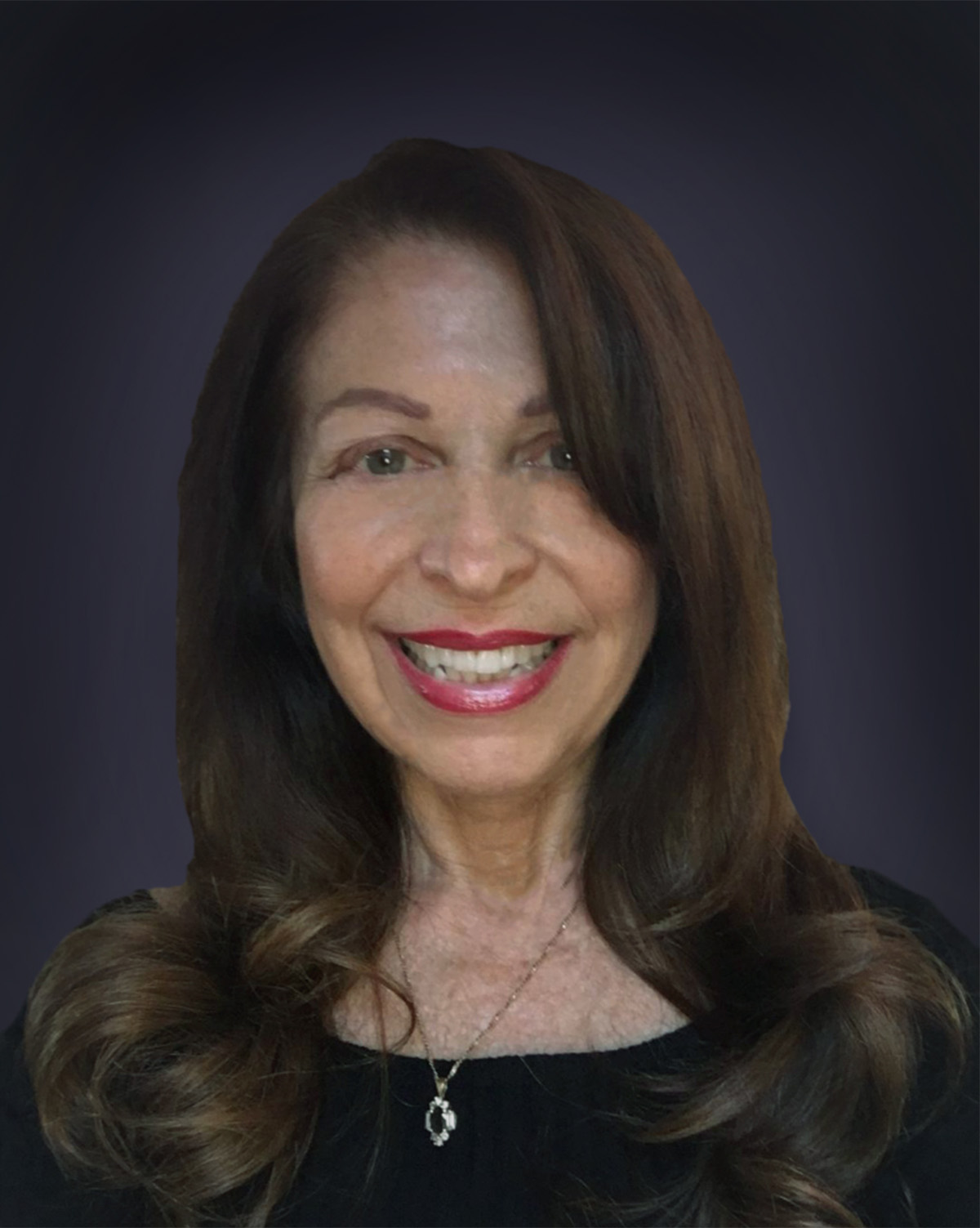 (Yoga, Pilates) has a BA in Exercise Physiology from CSUN and a Master's equivalency due to over 37 years experience in the field of Fitness and Aerobic Dance.  In all these years, she has taught many and varied exercise classes, strength training programs, and became an Instructor of Instructors. She runs her own Fitness Business, DiForFitness, teaching groups at various locations and presently teaching at the Jewish Community Center, Sanitation Dept, and YMCA while also working with older private clients who have issues such as Diabetes, Parkinson's and Alzheimer's. She has been working at GCC since 2002. 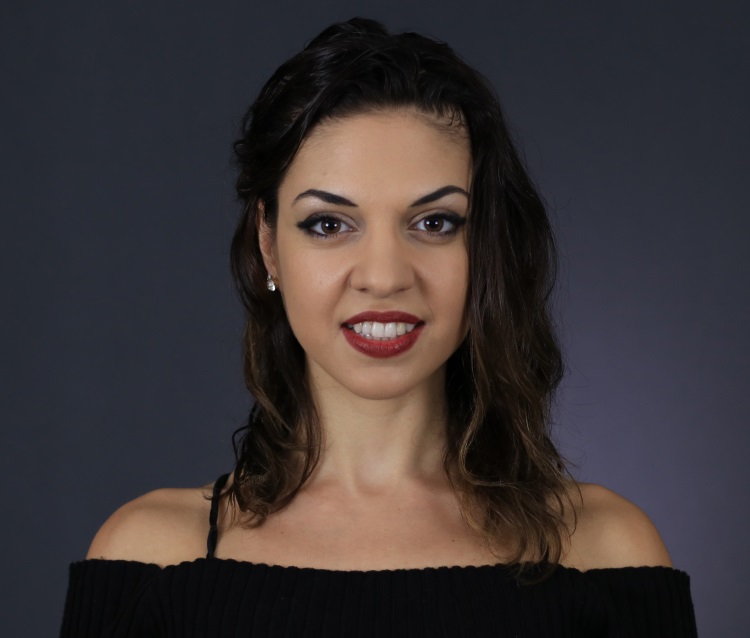 (Salsa) has a Master’s Degree (MS) in Kinesiology from CSUN and a B. A in Theatre Arts & Dance from CSULA. Ani has been trained in different styles of dances in school and outside of school (Salsa, Ballet, Modern, Jazz, Hip-Hop, and Latin Dances). She has been in a few Dance Companies, where she has worked and trained with some of the best and professional Directors who have given her various opportunities to travel to Europe and Asia to perform for their International Dance Festivals. Ani has been in various Salsa Companies where she has gotten the opportunity to go to San Francisco Salsa Congress to Salsa Extravaganza multiple times to perform for their events. She also had the opportunity to compete in Granada and won 1st place in 2010. Ani has also been training ballet with Pacific Ballet Dance Theatre and in a Modern Dance Company Directed by Hae Kyung Lee where she has participated in various concerts/shows throughout Los Angeles and various Theaters: Alex Theater, the world-famous Kodak Theater-changed its name to the Dolby Theatre in 2012, Ford Amphitheater, Scottish Theater, Saban, Gipson, Star, Greek Theater, Colony Theater, and El Portal Theatre. Ani was the Assistant Director for the show, LA’s Best Dancers, which took place at Alex Theatre in 2010, 2011 and 2013. Ani was filmed in a movie, Chef, in one of the scenes, which was released in May 2014. As a Dance Teacher, Choreographer, Performing artist and dancing in Professional Dance Companies, Ani still manages to take part in various shows/events that come along her way. 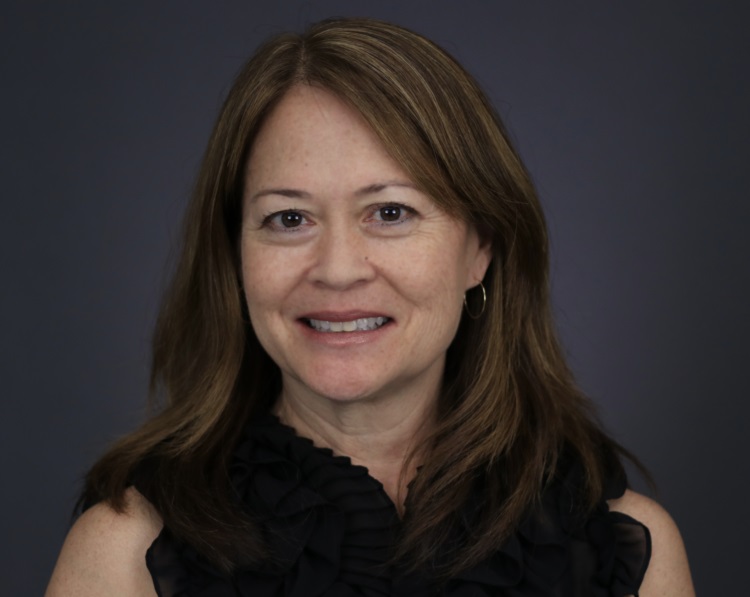 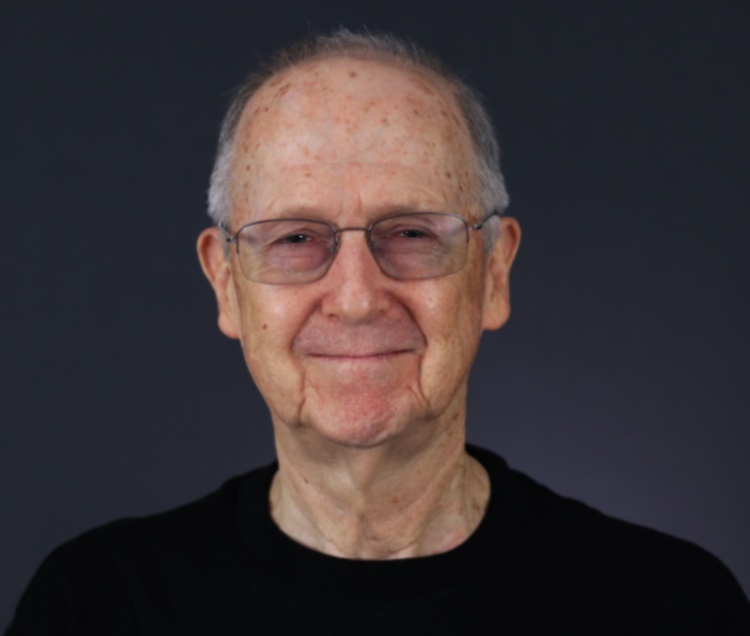 (Tap) has a passion for the integration of music, storytelling and movement. He won an NEA Producer’s Grant for his musical adaptation of Shakespeare's Measure for Measure. He was co-librettist of an opera adaptation of O. Henry's Gift of the Magi, which aired on NBC, and stage director for the musical political satire group, The Foremen, and has written and directed three short films. His fictional dance film, Time Step, played seven film festivals in 2000-01, winning two awards. His mini-documentary on the life of film choreographer Alex Romero, narrated by Janet Leigh, was the centerpiece of Jazz Dance LA 2001, and his motivational short, Catch the Wave, was featured at the Young Presidents Organization’s 2002 Global Leadership Conference. Richard is presently on the Dance faculty of Glendale and Citrus Colleges. 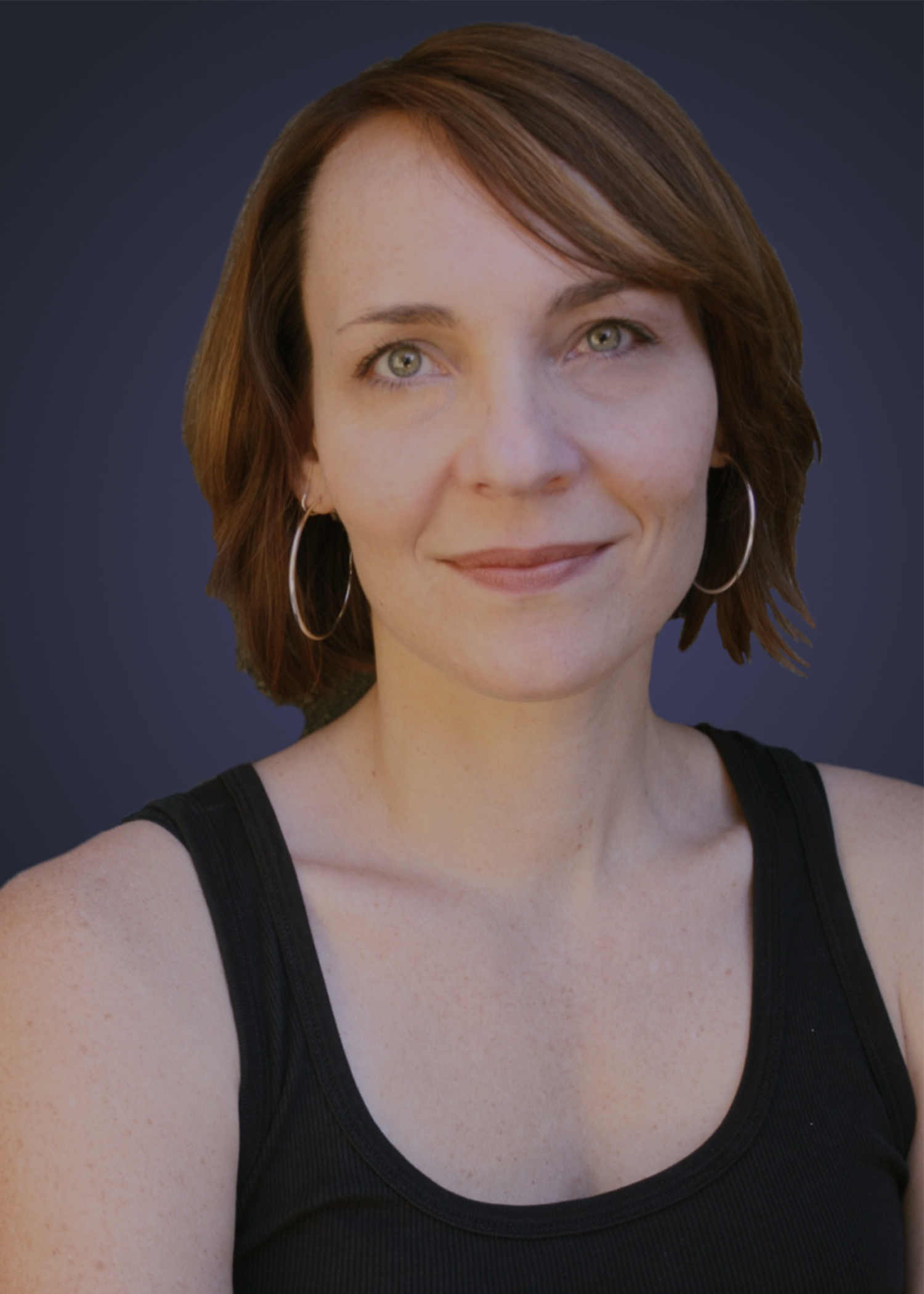 (Modern) is a writer, educator and Artistic Director of The Big Show Co. - an LA-based dance-theater group. She has presented work at ODC in San Francisco, The Skirball Cultural Center, The Museum of Contemporary Art, The Hammer Museum, Highways Performance Space, The A.W.A.R.D. Show! produced by the Joyce Theater at REDCAT, and Studio at REDCAT. MacBean’s current work for The Big Show Co. is The Collective Memory Project - dance-theater inspired by the survival memories of U.S. military veterans, performers, and audience members. The Ford Theatres in Hollywood are presenting the world premiereThe Collective Memory Project in June 2018. MacBean was the Director of the Dance Program at Oakwood Secondary School for eighteen years and is now adjunct faculty at CSULB, Pasadena City College and Glendale Community College. She also facilitates the Women’s Empowerment Group at Casa Treatment Center in Pasadena - a facility for women undergoing treatment for drug and alcohol abuse. MacBean holds a BA in Dance from UCLA, and a double MFA in Dance & Critical Writing from California Institute of the Arts. 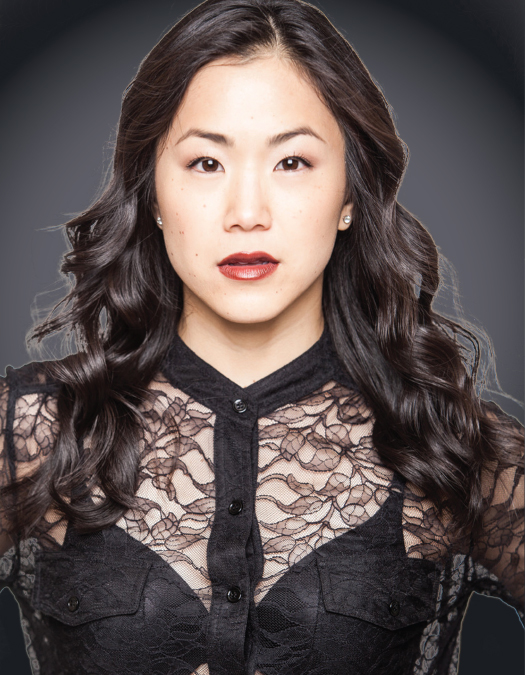 (HipHop) A Los Angeles native, Marissa Osato is a choreographer, director, and educator who creates emotionally-driven, embodied narratives to find cross-cultural universality within shared experiences. Marissa is the co-founder/co-artistic director Entity Contemporary Dance, an LA-based dance company that has taught workshops and performed original repertory in the U.S. and Asia. Marissa earned an MFA in Choreography from California Institute of the Arts, and a BA in Dance and BA in Literary Journalism from the University of California, Irvine. As a dancer and choreographer, Marissa has worked with recording artists such as Imagine Dragons, Coldplay, Rihanna, Kelly Clarkson, Patti LaBelle, and Chaka Khan. Marissa has taught and set choreography at over 50 studios and colleges across the U.S., and has held master classes in Asia, Australia, Canada, Europe, Guam, and South America. As the 2017 Capezio A.C.E. Awards winners, Marissa and co-director, Will Johnston, will be premiering a new evening length work for Entity Contemporary Dance in Los Angeles March 16, 2019. Also, as a 2019 winner of Joffrey’s 9th Annual Winning Works Choreographic Competition, Marissa will create a new work on the Joffrey Studio Company and Academy Trainees that will premiere at MOCA Chicago March 9, 2019.  www.marissaosato.com

(Middle Eastern Dance Technique and The History of Middle Eastern Dance) earned a MFA in Dance Choreography at UCLA and in 2005 performed internationally as a featured soloist with the “Bellydance Superstars” who currently promote her workshops worldwide. During her extensive seven year sojourn to the Arab world, Tamra-henna performed as a soloist in Egypt, Lebanon, Morocco, the United Arab Emirates, Oman, Bahrain, Yemen, and Cyprus. She is currently working towards certification in Laban/Bartenieff Movement Studies. 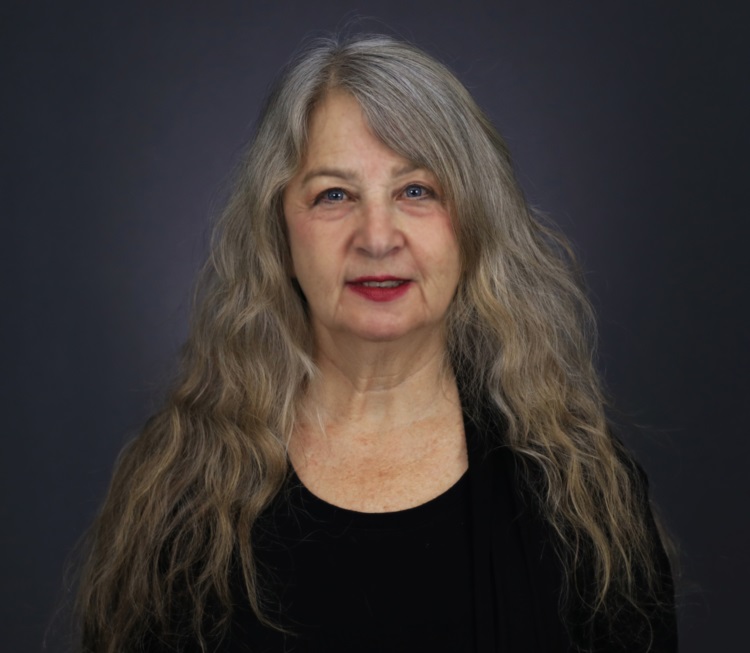 (Movement Development: Birth Through Twelve Years)
originally from Washington D.C., has a BA in Literature from Reed College and MA in Choreography and Performance from UCLA. She was Producer of Marion Scott's Spirit Dances series, and was nominated for two Lester Horton Awards for Outstanding Production of the series. Wolin-Tupas is Co-Artistic of R Dance Company, and has created a large body of original modern dance works. Her choreography has been presented at the Broad Stage, Highways, Miles Playhouse, Wilshire Ebell, California Choreographers Festival, Brand Library Modern Dance Series. Wolin-Tupas served as Co-Artistic Director of Santa Monica College's Synapse Dance Theater. Her choreography was performed at ADCFA in 2012 and 2014. She has taught at CSULA, and continues to teach at SMC and Glendale College.

Gayane Simonyan began playing the piano at the age of four. She earned a Bachelor of Music Degree in Piano Performance from Tchaikovsky Specialized Music School and Master’s and Doctorate degrees with Honors in Piano Performance and Keyboard Collaborative Arts from the Komitas State Conservatory in Yerevan, Armenia where she later became a faculty member. Gayane Simonyan has been featured as a soloist, chamber musician and accompanist throughout the United States, Latvia, Russia and Armenia. Currently Ms. Simonyan maintains a private piano Studio; she is on the faculty at Glendale Community College and organist at the Our Lady of Grace Church in Encino.