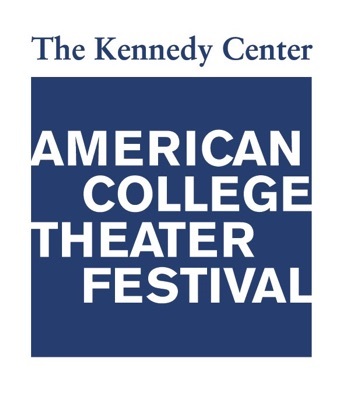 The Kennedy Center American College Theater Festival™, part of the Rubenstein Arts Access Program, is generously funded by David and Alice Rubenstein.  Additional support is provided by The Honorable Stuart Bernstein and Wilma E. Bernstein; Dr. Gerald and Paula McNichols Foundation; the National Committee for the Performing Arts; The Harold and Mimi Steinberg Charitable Trust; and Beatrice and Anthony Welters and the AnBryce Foundation.

Many Glendale Community College Theatre productions are entered in the Kennedy Center American College Theater Festival (KCACTF). The aims of this national theater education program are to identify and promote quality in college-level theater production. To this end, each production entered is eligible for a response by a regional KCACTF representative, and selected students and faculty are invited to participate in KCACTF programs involving scholarships, internships, grants and awards for actors, directors, dramaturgs, playwrights, designers, stage managers and critics at both the regional and national levels.

Productions entered on the Participating level are eligible for invitation to the KCACTF regional festival and may also be considered for national awards recognizing outstanding achievement in production, design, direction and performance.

Last year more than 1,300 productions were entered in the KCACTF involving more than 200,000 students nationwide. By entering this production, our theater department is sharing in the KCACTF goals to recognize, reward, and celebrate the exemplary work produced in college and university theaters across the nation.

Glendale Community College is a member of KCACTF's Region VIII.

Learn more about the Kennedy Center at Kennedy-Center.org

VIDEO: Watch a reading of plays, including MY FIRST LOVE by GCC student playwright Wendy Ewan, at the 2015 KCACTF National Festival, performed April 15, 2015 in the Terrance Theatre in Washington, DC. CLICK HERE